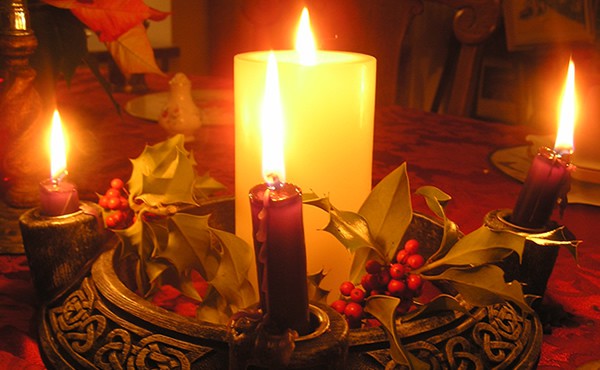 I grew up in a household that put up the Christmas tree a few days after Thanksgiving. Our tree would be up until sometime after Christmas, usually coming down the first week of January. There was never a defining moment when the Christmas decorations went up or when they should come down. We didn’t talk much about Advent other than we knew it was happening and the church would display those cool purple and pink candles set in a wreath.

It was only several years later after moving out of the house that I really took to heart the meaning of Advent and properly put the focus of Christmas on the correct dates.[widgets_on_pages id="In Post Ad"]

Advent is a time of preparation, but what does that actually mean? Advent gives us an opportunity to prepare our homes and our hearts to receive Jesus. Jesus’ birth is a tremendous gift to us. We spend so much time preparing decorations and buying gifts, but I wonder how much time we spend spiritually preparing ourselves for the actual purpose of Christmas.

Advent, from the Latin adventus meaning “coming,” is the four week season beginning with the First Evening Prayer of the Sunday that falls closest to November 30 and ending with the First Evening Prayer of Christmas. This season of joyful expectation has a twofold character: it prepares for the commemoration of Incarnation celebrated during the Christmas season, and it looks forwad to Christ’s Second Coming at the end of time.

The remote origins of Advent are Spanish and Galican. The Council of Saragossa (380) reminded the laity of obligation for daily church attendance from December 17 through January 6. Hilary of Poitiers attests to a Gallican three-week period of preparation for Epiphany. In fifth-century Gaul a three-day-a-week fast began on or near St. Martin’s Day (November 11) and extended to Christmas. These pieces of evidence however, are insufficient to establish the earlier theory that Advent began as a catechumenal period prior to Epiphany baptism

We suffer from Christmas creep. For some retailers Christmas begins in September and definitely not any later than November 1. Radio stations begin playing Christmas songs right after Thanksgiving and end them on Christmas Day.

Christmas, the word, has its roots in Christ Mass; it is the Mass in which we celebrate the birth of Christ. We exchange gifts with others to commemorate the same act done by the Magi to baby Jesus.

These days my family intentionally moves through Advent and waits to celebrate Christmas as the Church does. We make an Advent wreath lighting the candles as we progress through the weeks of Advent. We say special Advent prayers after lighting the candle before we eat supper together. Our Christmas tree is set up near the end of Advent usually only a few days before Christmas Day.

For many people, Christmas sadly ends on Christmas Day. Some people take down their decorations on December 26. Retailers are already moving into the season of returns.

Catholics can rejoice because we know that on December 25 a twelve day celebration of Christmas has just begun! Christmas begins on Christmas Day and ends 12 days later on the Epiphany, hence the Twelve Days of Christmas and the song.

So give it a try this year. Resist the urge to set up a tree and instead make an Advent wreath and prepare yourself for the coming of baby Jesus. The anticipation of Christmas is very fun compared to rushing into it only to be rid of it the day after Christmas has truly begun.

It is a big mindset shift, but worth it.