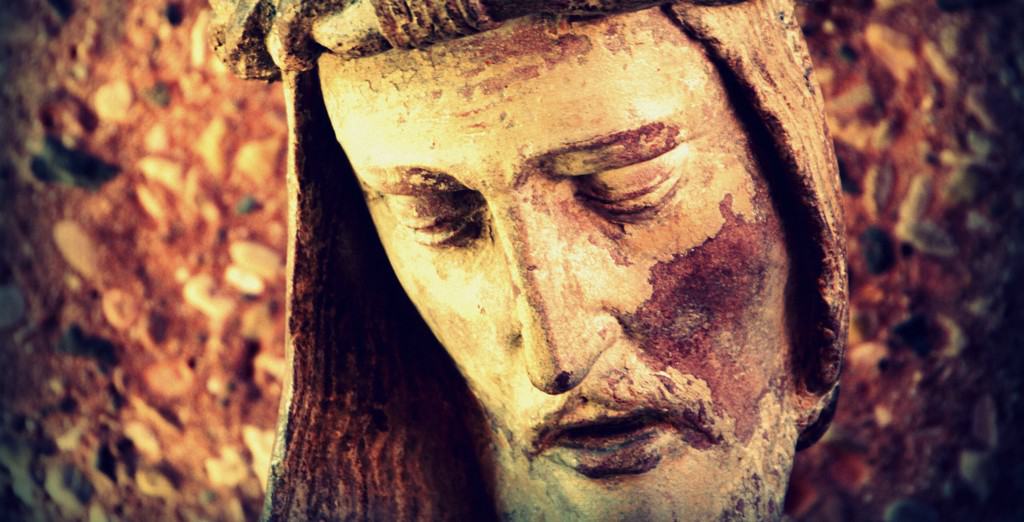 The season of Lent is a Catholic liturgical season consisting of forty days of fasting, prayer, and penitence beginning at Ash Wednesday and concluding at sundown on Holy Thursday. The official liturgical color for the season of Lent is violet. Lent begins on February 14, 2018. [widgets_on_pages id="In Post Ad"]

The observance of Lent is related to the celebration of Easter. In the first three centuries of the Christian era, most Christians prepared for Easter by fasting and praying for three days. In some places this was extended to the entire week before Easter (now known as “Holy Week”). There is evidence that in Rome, the length of preparation was three weeks.

The word Lent derives from the Middle English word lenten, meaning springtime – the time of lengthening days. There is biblical support for doing penance, in both the Old and New Testaments. The season of Lent builds on this biblical support, but like all Catholic liturgical seasons, it developed over time. In its early three-week form, Lent was the period of intense spiritual and liturgical preparation for catechumens before they were baptized at Easter. Many members of the community imitated this time of preparation with the catechumens.

By the fourth century (when Christianity was legalized in the Roman Empire) Lent had developed into its current length of forty days. Forty days is significant for Christians because it is the length of the fast and temptation of Jesus in the desert (cf. Luke 4:1-13). Recently, research has suggested that the development of Lent was also influenced by the forty-day span of fasting practiced by many in the early Church (especially monks). This fast, beginning right after Epiphany (January 6th) stressed prayer and penance.

Once Christianity became widespread and most people were baptized as infants, Lent lost the connection to the preparation of catechumens. Instead, the themes of repentance and fasting became dominant. Vatican II restored the order of catechumens. Since then, most adult converts to Catholicism are baptized at the Easter Vigil, which takes place after sundown on Holy Saturday. As a result, the ancient baptismal meaning of Lent is once again becoming important.

When does Lent begin?

Do Sundays count as a part of Lent?

Ash Wednesday dates from at least the fourth century, although it is not possible to give an exact date. During that century, penitents looking for forgiveness and re-entry into the community would dress in sackcloth and sprinkle ashes to show their repentance. This custom certainly predates Christianity as can be seen by references in the Hebrew Scriptures (cf. Esther 4:2-3; Danie19:3; Jonah 3:6).

There is no doubt that the custom of distributing ashes to everyone on Ash Wednesday came from imitation of the practice of wearing ashes by public penitents. Public penitents were those doing penance for sins such as murder, apostasy, and adultery. When they completed their public penance, they were able to be readmitted to communion with the Church. As Lent increasingly focused on the themes of repentance and renewal, Christians sensed their own need for repentance. The practice of distribution of ashes to all members of the community is mentioned in official documents of 1091 (Cf. Synod of Benventum, 1091 Manse, XX, 739) although nearly a hundred years earlier it is already assumed in a homily of the period.

The Catholic Church, in an attempt to help Catholics do at least a minimum during Lent, asks all Catholics to fast and abstain from meat on certain days. Fasting means to limit food to one full meal a day with the possibility of two smaller meals (not adding up to a full meal) as needed. Abstinence means not eating meat, although fish is allowed. Catholics are required to observe all days of fasting and abstience which is one of the precepts of the Church.

Those 14 years of age or older are to abstain from meat on Ash Wednesday and all the Fridays of Lent. Catholics between the ages of 16 and 59 are also to fast on Ash Wednesday and Good Friday. They may eat one full meal on these days, and two small meals to maintain strength. The two small meals together must not equal the size of one full meal. If one’s work or health make it inadvisable to fast or abstain from meat, they are not obligated to do so. This includes mental health: Fasting may be harmful for someone who struggles with an eating disorder. Such a person might do an alternate penance on the days of fasting. Pregnant and nursing women are exempt from the fast.

At one time, people gave up all animal products and during the whole Lenten season. The Eastern Catholic and Eastern Orthodox Churches still follow this rule. Since chickens continue to produce eggs and cows milk, the custom developed to make the milk into cheese and color the eggs so that when Easter arrived, no food would be wasted.

Many Catholics were taught as children to “give up something” for Lent. The sacrifices in Lent are really penance, in the same spirit as the Ninehvites that repented at the preaching of Jonah. Throughout our history, Christians have found prayer, fasting, and almsgiving to be an important part of repentance and renewal. Many Catholics now add something during Lent rather than giving up something, either to address personal habits that need work or to add some outreach to others in need.

The Church does not specifically require that we do something beyond the requirements of fasting and abstinence. To do nothing, however, would certainly not be in keeping with the spirit of Lent. Furthermore, the sacrifices and extra things we do for Lent help us grow closer to Christ. We are missing out on so many graces if we do not participate fully in Lent. It is not necessary to be perfect, but we should put forth a good effort.

Carnival
Originally a celebration just before Lent. Carnival is Latin for “farewell to meat.”
Laetare Sunday
The fourth Sunday of Lent, which marks the halfway point, celebrated with rose vestments instead of the usual violet. Laetare means “to rejoice” in Latin, and the lighter vestments signify a brief celebration in expectation of Easter, even in the midst of Lent.
Maundy Thursday
An ancient English name for Holy Thursday. It comes from the Latin, Mandatum novum da nobis (“I give you a new commandment,” John 13:34) that began the ancient foot-washing ceremony.
Palm Sunday
The celebration of Jesus’ triumphant entry into Jerusalem before he was arrested. In Scripture, people placed palm branches on the road as Jesus road on a donkey into Jerusalem. Catholics usually have a blessing of palms and then hold the palms as the priest enters the church.
Passion Sunday
Passion Sunday is another name for Palm Sunday. This name is appropriate because at the Mass for this Sunday, the passion of the Lord (the story of Jesus’ arrest and death) is traditionally read.
Spy Wednesday
A name for the Wednesday of Holy Week that alludes to Judas agreeing with the Sanhedrin to betray Jesus.
Triduum
The “Great Three Days” -the three-part celebration beginning with the Mass of the Lord’s Supper on Holy Thursday, continuing with The Celebration of the Lord’s Passion on Good Friday, and concluding with the Easter Vigil on Holy Saturday.