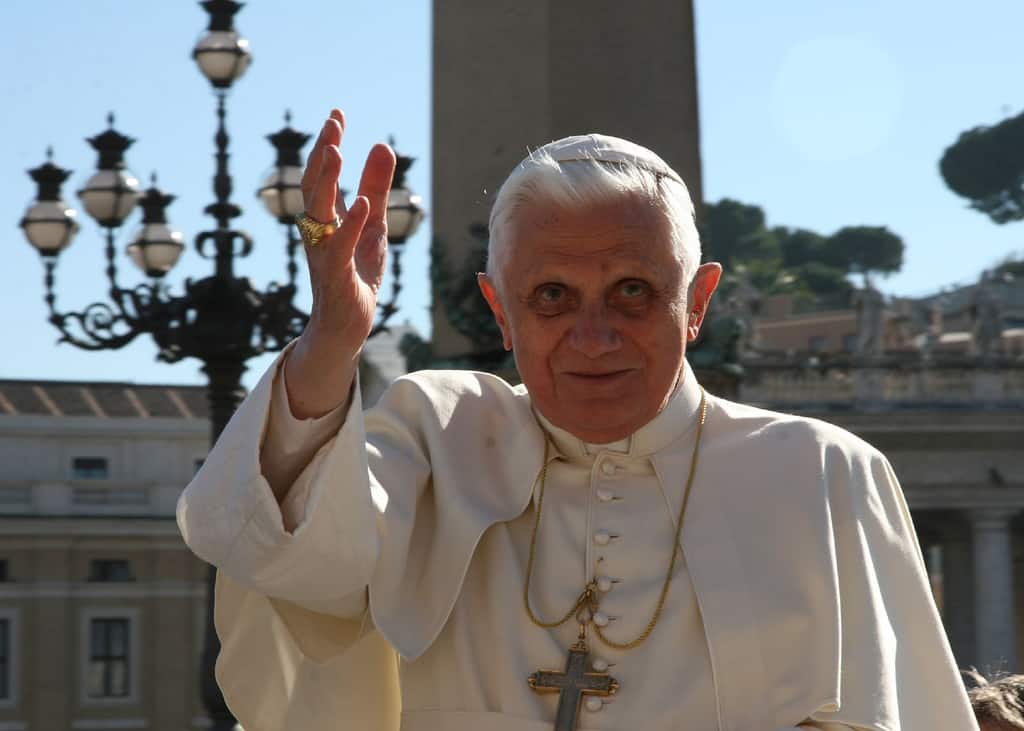 Wow! I went to check the news this morning and I was hit with a whopper. Pope Benedict XVI plans to resign at the end of this month! That’s less than three weeks from now. I am stunned. The last pope to resign was Pope Gregory XII in 1415 as part of a deal to end the Great Western Schism.[widgets_on_pages id="In Post Ad"]

Is he giving up the papacy for Lent? No, but all kidding aside, this is shocking news. There had been no public speculation or notion that this would occur.

Pope Benedict XVI will renounce the office of the Bishop of Rome at 8 p.m. on February 28, 2013. He has decided to resign because of his age and declining strength. Benedict, who became the 265th Pope in 2005, is known to suffer from arthritis, particularly in his knees, hips and ankles.

Now begins the speculation from the media. The American media is the worst, treating the papal election as if though it were American politics. There will be the speculation on possible pope’s, how liberal or conservative he is, what impact his papacy will have on Church’s teaching on contraception, gay marriage, and female priests. It’s sad, really, that the American media takes it this way.

Meanwhile, the British media have begun reporting on bookmakers odds as to who will become the next pope.

Below is the full text of his announcement.

Dear Brothers,
I have convoked you to this Consistory, not only for the three canonizations, but also to communicate to you a decision of great importance for the life of the Church. After having repeatedly examined my conscience before God, I have come to the certainty that my strengths, due to an advanced age, are no longer suited to an adequate exercise of the Petrine ministry. I am well aware that this ministry, due to its essential spiritual nature, must be carried out not only with words and deeds, but no less with prayer and suffering. However, in today’s world, subject to so many rapid changes and shaken by questions of deep relevance for the life of faith, in order to govern the bark of Saint Peter and proclaim the Gospel, both strength of mind and body are necessary, strength which in the last few months, has deteriorated in me to the extent that I have had to recognize my incapacity to adequately fulfill the ministry entrusted to me. For this reason, and well aware of the seriousness of this act, with full freedom I declare that I renounce the ministry of Bishop of Rome, Successor of Saint Peter, entrusted to me by the Cardinals on 19 April 2005, in such a way, that as from 28 February 2013, at 20:00 hours, the See of Rome, the See of Saint Peter, will be vacant and a Conclave to elect the new Supreme Pontiff will have to be convoked by those whose competence it is.
Dear Brothers, I thank you most sincerely for all the love and work with which you have supported me in my ministry and I ask pardon for all my defects. And now, let us entrust the Holy Church to the care of Our Supreme Pastor, Our Lord Jesus Christ, and implore his holy Mother Mary, so that she may assist the Cardinal Fathers with her maternal solicitude, in electing a new Supreme Pontiff. With regard to myself, I wish to also devotedly serve the Holy Church of God in the future through a life dedicated to prayer.
From the Vatican, 10 February 2013